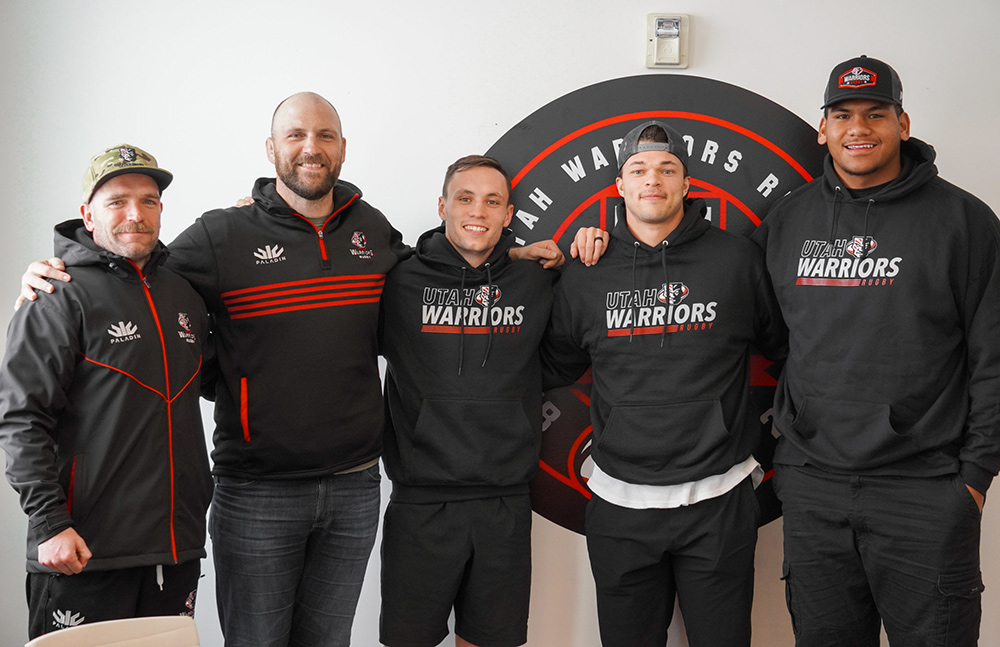 The Utah Warriors professional rugby team creates NIL partnerships with Jaren Hall, Chaz Ah You, and Kingsley Suamataia (all from BYU), and with Britain Covey (Utah) | Photo courtesy of the Utah Warriors

In making a first-of-its-kind NIL deal for a professional rugby team, The Utah Warriors partner with college athletes Jaren Hall, Chaz Ah You, and Kingsley Suamataia from Brigham Young University and former University of Utah football player Britain Covey. The deal covers the duration of the 2022 Major League Rugby season.

As part of the partnership, Hall, Ah You, Suamataia, and Covey will all make appearances at Utah Warriors Home Matches. Each player will participate in the pre-game ball delivery at midfield, and will sign autographs, and take pictures with fans at the match.

The athletes will also collaborate with the Utah Warriors creative and social media team on social media content throughout the year. They will also have the option to work with the organization’s creative team to design a unique piece of team merchandise, of which the athlete will receive 50% of proceeds.

Jaren Hall is a quarterback who started 10 games for the Cougars in 2021, throwing for 2,583 yards and 20 touchdowns for an 8-2 record. Hall is from Spanish Fork, Utah.

Chaz Ah You is a linebacker who appeared in seven games for the Cougars this last season, tallying 39 total tackles and one interception. He’s a native of Saratoga Spring, Utah.

Kingsley Suamataia is an offensive lineman. He spent the 2021 season with the Oregon Ducks before transferring to BYU in November.

Britain Covey is a wide receiver and kick returner. He was a five-year star for the University of Utah. He was a five-time All-Pac-12 selection and he set the school record for career punt return yards. He also led the Utes in receiving yards in three of his five seasons. He is currently preparing for the 2022 NFL Draft, to be held this April. Covey is from Provo, Utah.

Fans who wish to support these student-athletes will also be able to purchase tickets to Warriors’ matches using each athlete’s ticket code throughout the 2022 season. Each athlete will receive 10% of the money spent using their ticket code.

The Utah Warriors are a founding member of Major League Rugby and one of 13 professional rugby teams competing in the MLR. The organization is celebrating it’s Five Year Anniversary in 2022, marking five years since the team began play in 2018. The Utah Warriors worked with Oncoor Marketing to put together this Name, Image, and Likeness campaign. 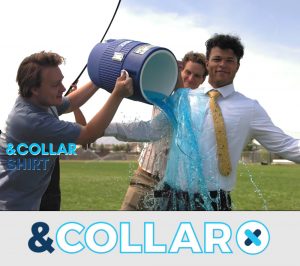