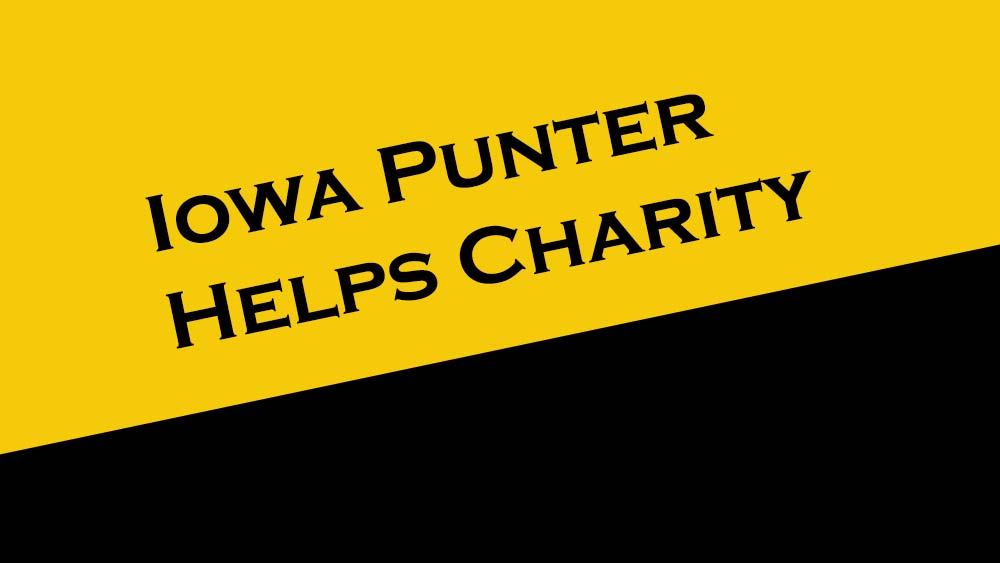 University of Iowa punter Tory Taylor is an international athlete, and thus he’s unable to profit from Name, Image, and Likeness deals. That restriction isn’t stopping him from using his popularity to help others.

Taylor is partnering with Count the Kicks to spread information in support of an evidence-based stillbirth prevention campaign. Count the kicks encourages expectant parents to pay attention to their baby’s movements in order to learn what’s normal, and to seek help if there is a change from normal activity.

RAYGUN clothing joined the partnership and printed t-shirts with the message “Punting is Winning” in Iowa colors black and gold, and the shirt has a map image of Australia.