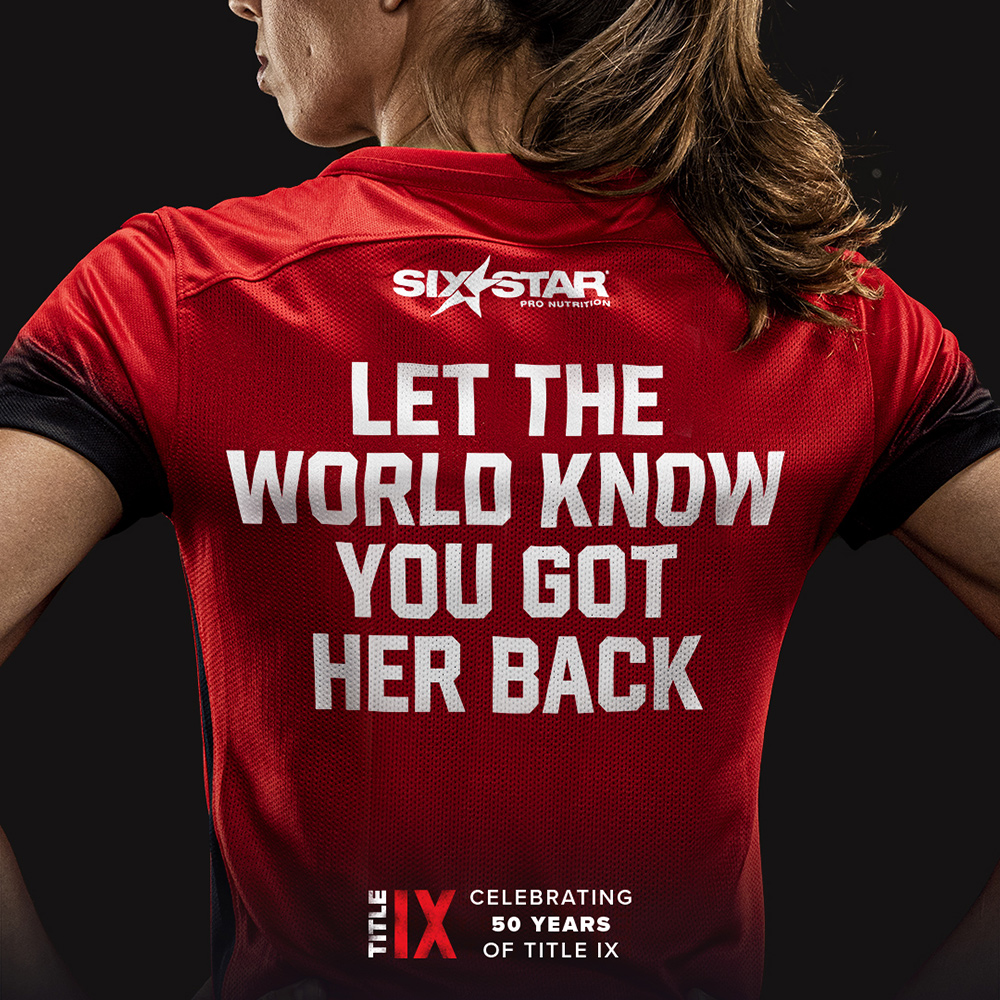 Six Star Pro Nutrition®, a maker of high-performance protein powders and hydration products, is celebrating the 50th anniversary of Title IX by giving away 50 female athlete jerseys during the month of June. Title IX is a federal law prohibiting sex-based discrimination in any school or education program that receives funding from the federal government.

The nutrition brand’s promotion is an effort to encourage more support for women’s athletics, which includes making more fan gear available for people who want to wear their favorite female athlete’s jerseys. A released statement from the company expresses: “Female athlete jerseys can be difficult to acquire, have limited availability, and with fits and cuts that exclude certain genders, gender identities and body types.”

Fans and Six Star Pro Nutrition users can register to win one of these jerseys at www.sixstarpro.com/titleix. The brand will work with winners to acquire the jersey of their favorite female athlete.