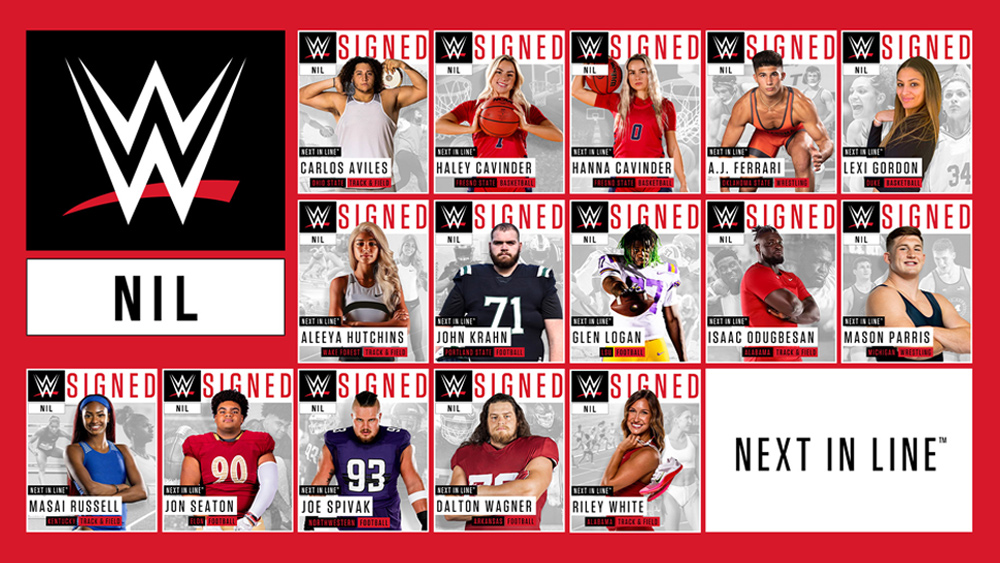 WWE has announced that 15 college athletes will participate in the organization’s newly formed NIL (Name, Image, and Likeness) program that provides a clear pathway from collegiate athletics to WWE. The athletes come from seven NCAA conferences and four different sports. WWE is calling their new initiative “Next In Line.”

The 15 athletes announced today will join with Olympic Gold Medalist and University of Minnesota wrestler, Gable Steveson, who was earlier announced as a participant in the program.

A released statement from WWE indicates the purpose of the program: “The comprehensive program serves to recruit and develop potential future Superstars and further enhances WWE’s talent development process through collaborative partnerships with college athletes from diverse athletic backgrounds.”

The participants will gain access to the WWE Performance Center in Orlando, Florida. They’ll also receive help and instruction with brand building, communications, live event promotion, creative writing and community relations. After completing the Next In Line program, “select athletes” may be offered a WWE contract.