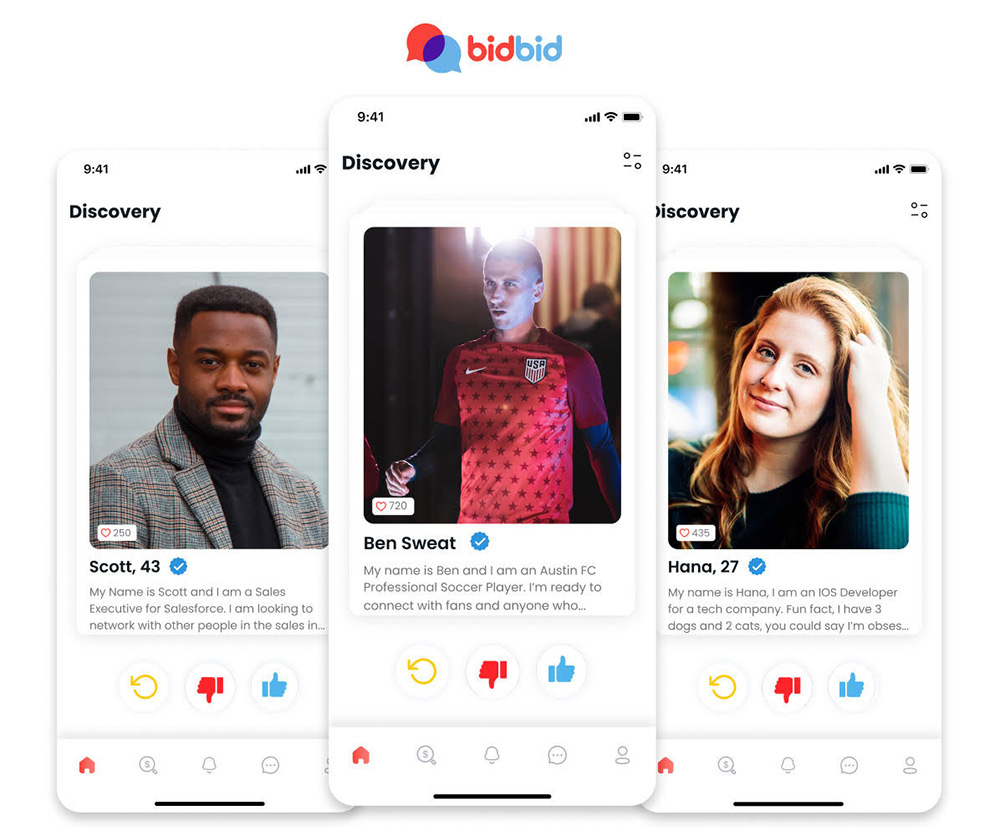 BidBid's app enables athletes to get paid while meeting their fans. | Photo courtesy of BidBid

BidBid is a new app that enables student-athletes and other influencers to monetize their brand safely with a virtual auction where the prize is time with the notable user. An auction winner gets to connect with the auction creator in a meet and greet within the app. Those virtual meetings might include one-on-one virtual athletic training sessions, or another type of activity that is based on a creator’s expertise.

A key feature of the BidBid app is a charitable element. When the auction creator connects with an auction winner, the creator gets to designate a portion of the money for a charity of their choice.

Villanova football player TD Duro-Ahyajaye is using the app. His designated charity is Comfort Cases. He says: “I’m excited to be a BidBid Athlete because it’s an incredible feeling to have an impact on someone’s life. Also, I’m looking to influence people in a way that allows them to see the value that they hold individually.” Duro-Ahyajaye is a junior running back from Damascus, Maryland.

Stanford baseball player Justin Moore is also using BidBid. His hometown is Austin, Texas and his designated charity is Ronald McDonald House of Charities of Central Texas. Moore says: “I’m excited to meet new people and help out for a great cause.”

BidBid is differentiating itself from Cameo–another popular app in this new NIL era–pointing out that winners of BidBid auctions actually speak with the stars in real time, rather than getting a “one-way street” conversation.