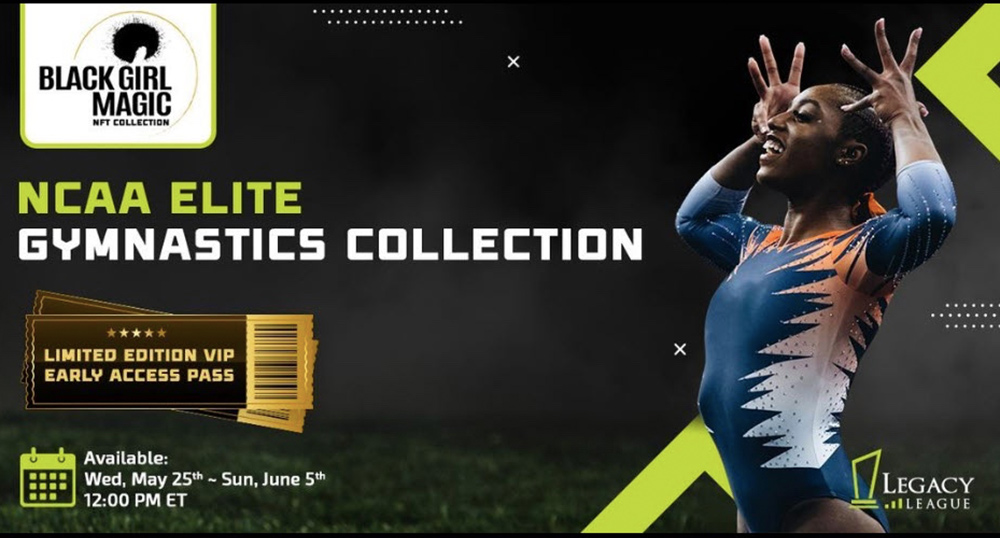 The “Black Girl Magic” (BGM) collection is released by Legacy League to honor the 50th anniversary of Title IX. The BGM NFTs were imagined by Auburn gymnast and 2019 National Champion, Derrian Gobourne. The sale of the BGM Collection is timed to coincide with the inaugural NIL Summit in June where Gobourne is up for two awards: College Athlete Innovator of the Year and Best Crypto Award.

In a released statement from Legacy League, Gobourne says: “I am excited to launch my Black Girl Magic NFT Collection on the Legacy League platform. Not only do their values align with mine, there is no better time to do it. It’s time to celebrate, congratulate and pay honor and tribute to all of my sisters who have given so much to this sport and I want the world to see them.”

Legacy League has collections for athletes from more than 60 different NCAA Division I schools, 29 conferences, and 16 different sports. Over 35% of the company’s roster are female athletes. The organization’s mission is to provide all college athletes with an easy way to develop and leverage their personal brands with NFTs.