In a released statement from Lemon Perfect, Stroud says, “Lemon Perfect helps me perform my best every day by keeping me hydrated. It used to be a task to make sure I drank enough water, but it’s easy to drink Lemon Perfect all day. It tastes great, it’s refreshing, it’s good for you, and I don’t have to deal with the mess of making my own lemon water. I’m super excited to join the team!”

Stroud is a 6-3 third-year player from Inland Empire, California. He is widely considered this season’s Heisman Trophy frontrunner.

Lemon Perfect is headquartered in Atlanta, Georgia. The company’s mission is to promote healthy hydration and deliver the joy of flavor—anytime, anywhere, and for everyone. Lemon Perfect is available at retailers nationwide, on Amazon, and on lemonperfect.com. In April, the company announced the closing of a $31 million Series A headlined by internationally celebrated award-winning artist and entrepreneur Beyoncé Knowles-Carter. The financing brought Lemon Perfect’s total valuation to over $100 million in less than three years from the company’s selling its first bottle. 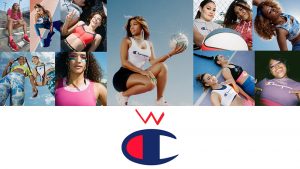