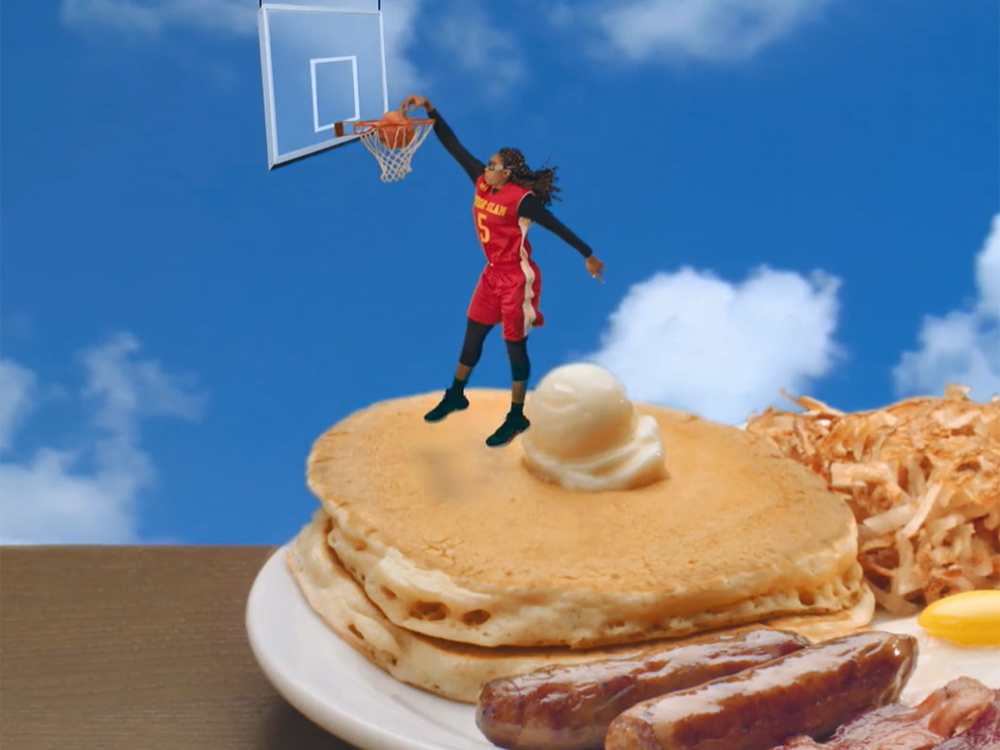 Stanford University student-athlete Francesca Belibi is well-known for her dunks during basketball games. Now she’s teaming up with Denny’s to help promote the restaurant chain’s Super Slam® menu item. As a part of the NIL deal, Denny’s is donating $25,000 in Belibi’s name to the Women’s Sports Foundation, which was founded by tennis star Billie Jean King.

In a released statement from Denny’s Belibi says “I am thrilled to partner with Denny’s for their latest Super Slam activation. I’ve been a longtime fan of Denny’s restaurants and I am proud to help them bring awareness to improving women’s inclusion and equality in sports.”

Denny’s Corporation is the franchisor and operator of one of America’s largest franchised full-service restaurant chains, based on the number of restaurants. As of September 29, 2021, Denny’s had 1,647 franchised, licensed, and company restaurants around the world including 153 restaurants in Canada, Puerto Rico, Mexico, the Philippines, New Zealand, Honduras, the United Arab Emirates, Costa Rica, Guam, Guatemala, El Salvador, Indonesia, and the United Kingdom.