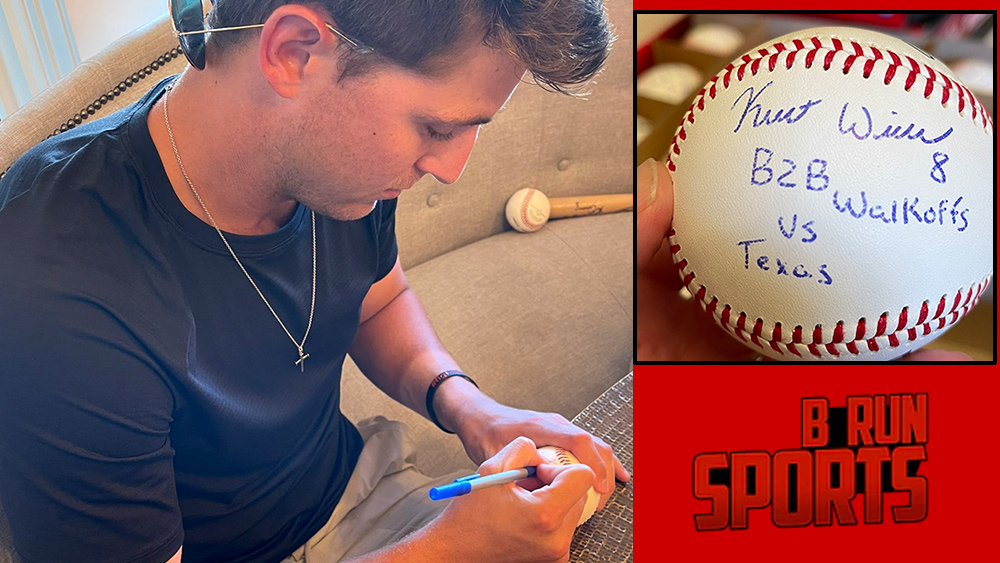 Texas Tech Baseball pitcher Kurt Wilson signs commemorative baseballs as a part of an NIL deal with B Run Sports. | Photos courtesy of B Run Sports

The signed baseballs feature Wilson’s signature, and the words “B2B walkoffs vs. Texas.” The dramatic Texas Tech victories took place on March 25th and 26th. Both games were won in the 10th inning.

The autographed keepsakes are offered in a limited run of 24. Through the Name, Image, and Likeness deal, Wilson was paid upfront to sign the balls.

Kurt Wilson is a 6-2 senior from Arlington, Texas. He’s a postgraduate student with a BA in university studies.

B Run Sports offers memorabilia, along with an online marketplace where fans can purchase custom video messages from Red Raider athletes. The company also organizes and hosts autograph signing events. 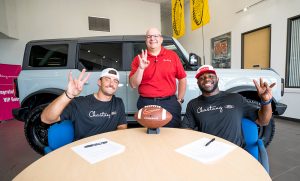