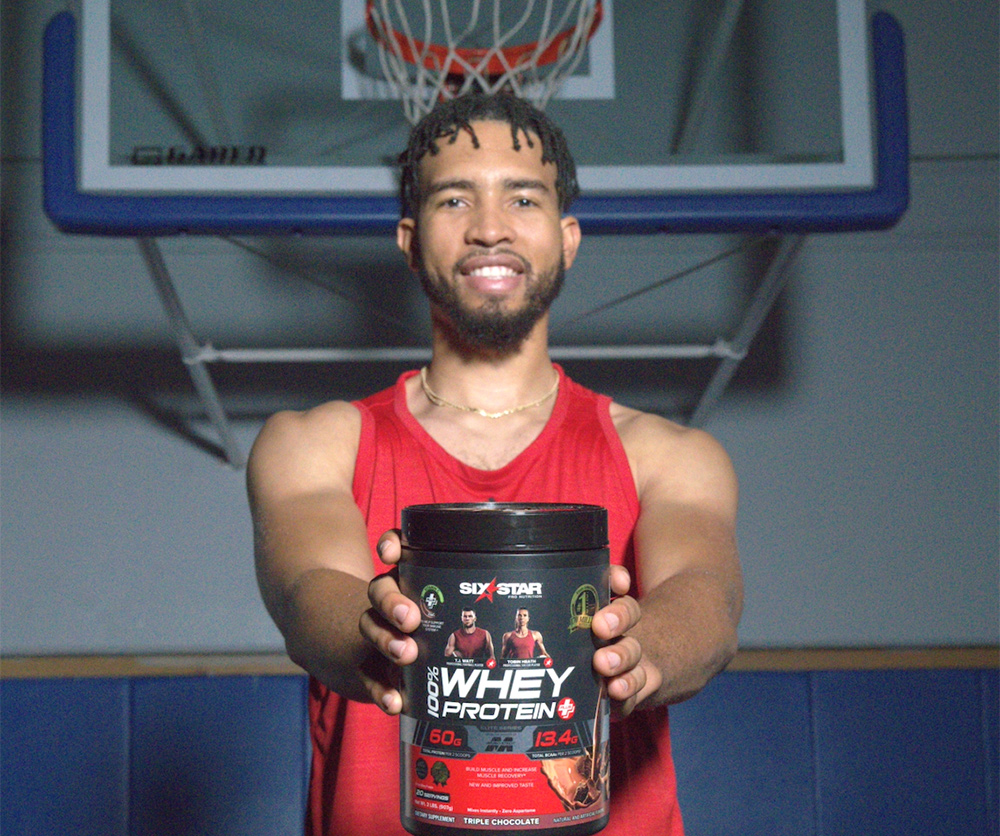 The new Six Star® athlete-partners will represent the brand through the remainder of the 2022 academic season.

“Student Athlete Stories” is believed to be the first campaign to exclusively highlight the NIL rights of student athletes. One of the ads will air alongside some of the college championships this spring, including the men’s and women’s basketball tournaments.

In a released statement, Jarrod Jordan, Chief Marketing Officer of Iovate Health Sciences, the maker of Six Star Pro Nutrition® says “This is a really unique campaign that hits on the issues student athletes most care about. In this, the first season for NIL, to have spots ready and available for winter and spring championships in basketball, hockey, lacrosse, baseball and others, featuring National Champions and Draft Prospects, speaks to the commitment of our team to understand the importance of these issues and the work they’ve done in putting it all together.”

Iovate Health Sciences International Inc. (“Iovate”) is a nutritional company that “delivers some of the highest quality, most innovative and effective active nutrition products in the world with distribution in more than 130 countries worldwide.” The company is headquartered in Oakville, Ontario, Canada.