University of Michigan student-athlete J.J. McCarthy is fulfilling a promise to use part of his Name, Image, and Likeness earnings to help others.

McCarthy tweeted a list of children’s hospitals that will receive money. The hospitals are located in Michigan, Pennsylvania, Maryland, Nebraska, and Illinois. He is also giving $1,000 to the Little Heroes League, which benefits multiple children’s hospitals. McCarthy is also donating $3,000 to families of Oxford High School, and the Oxford School Fund for people who were affected by the mass shooting at the school on November 30, 2021.

McCarthy outlined his commitment to serve others last July:

McCarthy is a 6-3 freshman from La Grange Park, Illinois. He completed his high school at IMG Academy, where his team was named as the 2020 National Champion, finishing at number 1 in MaxPrep’s final rankings. This season at Michigan, he’s played as a reserve quarterback in 10 games. Michigan next plays against Georgia in a College Football Playoff Semifinal at the Orange Bowl. 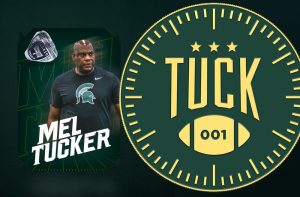