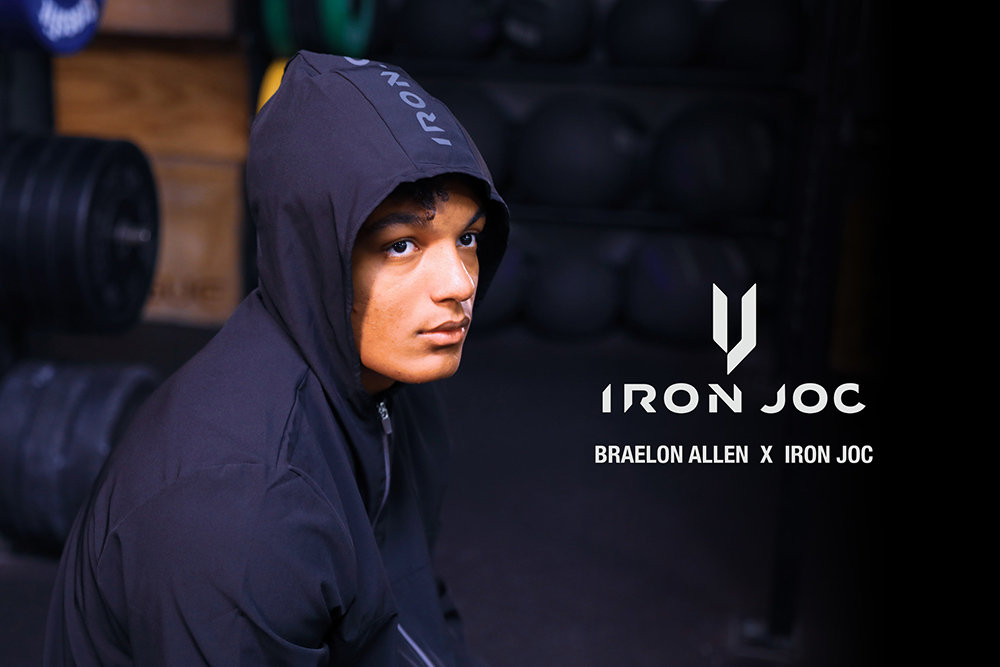 University of Wisconsin freshman running back Braelon Allen is appearing in a video ad for performance apparel company Iron Joc.

In the ad, the 17-year-old Allen says that his performance gear “…has wicking, fast-drying, anti-static, and cooling. And the silver ion technology kills 99.9% of the bacteria caused from sweat, so you won’t stink.”

Allen is a 6-2 freshman from Fond du Lac, Wisconsin. He wears number 0. This season he’s averaged 100 yards rushing per game. He had 228 yards rushing against Nebraska. He is partnered with Team Lammi for athlete representation.

Iron Joc produces hoodies, tees, shorts, socks, boxer jocks, jackets, and other training gear. The company offers a product guarantee on their website: “Iron Joc gear is guaranteed to perform and beat the stink for as long as you own the gear. If for any reason, at any time you’re not satisfied, send it back no questions asked.”