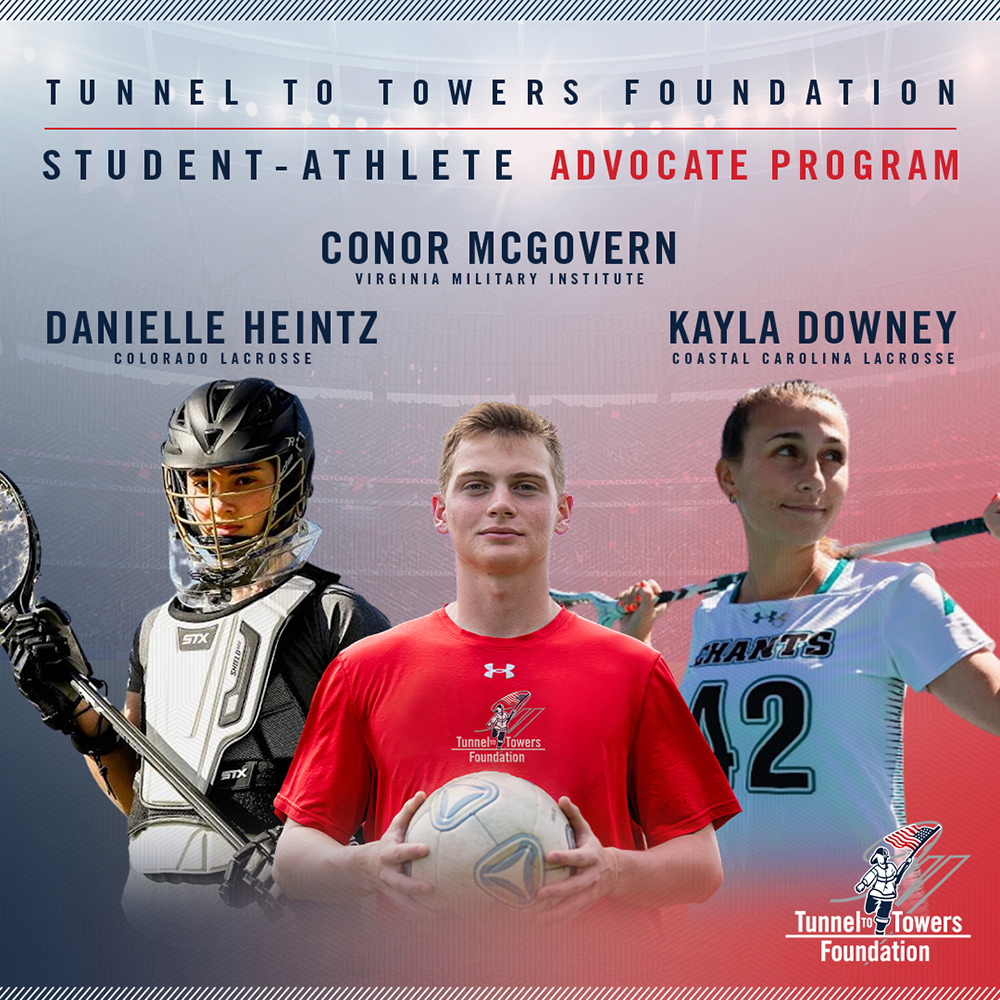 The T2T Student-Athlete Advocate Program is designed to assist student-athletes in expanding their personal brands, while also promoting the organization’s mission to honor first responders, military veterans, and their families. The athletes will assist in delivering “critical messages” to a younger demographic of Americans to ensure we “Never Forget” the sacrifices first responders and military members make for our country every day. Details about compensation were not released.

Coastal Carolina’s Kayla Downey is a redshirt sophomore lacrosse player from Babylon, New York. She was named to both the All-SoCon Freshman Team and the All-SoCon Second team in 2021. In 2020, she was teammates with fellow T2T Student-Athlete Advocate Kailyn Hart during her lone season with the Stony Brook women’s lacrosse program.

Downey’s grandfather was the Deputy Chief of the Fire Department of New York City (FDNY) when he died on 9/11. Two of her uncles, Deputy Chief Joe Downey and Staff Chief Chuck Downey, are active members of the FDNY.

Colorado’s Danielle Heintz is a sophomore lacrosse player from Brewster, New York. She’s a goalkeeper, and in the classroom she’s a Mechanical engineering major. Her father is currently a firefighter for the New Rochelle Fire Department.

VMI’s Conor McGovern is a freshman soccer player from Kings Park, New York. He played in 12 games off the bench during his first season with the Keydets as a defender. He intends to serve with the United States Army following his collegiate career as a U.S. Medical Corps branch member.

The Tunnel to Towers Foundation is dedicated to honoring the sacrifice of FDNY Firefighter Stephen Siller, who laid down his life to save others on September 11, 2001. For 20 years, the Foundation has supported our nation’s first responders, veterans, and their families by providing these heroes and the families they leave behind with mortgage-free homes.