NFT community platform The Players’ Lounge teams up with online sports marketplace Icon Source to grow NFT-supported endorsements among NCAA athletes and to unite fan bases across the country.

The Players’ Lounge was created by former University of Georgia football players Ty Frix, Keith Marshall, Aaron Murray, and Trent Frix. The company launched early last month in support of current UGA football players, known as the DGD Mafia™, by offering 50% of all profits of NFTs sold of their digital canine likeness through the site. Eleven players signed on for the debut of the site in support of uniting former players, current players and fanbases. The limited-edition 4,500 tokens supporting UGA athletes and fans sold out in less than four hours.

Under the new partnership, The Players’ Lounge will leverage Icon Source’s compliant infrastructure and extensive roster of collegiate athletes to support the growth of its community as they expand to universities across the country. New opportunities are currently in development at Louisiana State University, University of Texas, and Texas A&M.

The Players’ Lounge™ is a platform built by lettermen to empower relationships within the collegiate sports community through connecting current and former athletes with their respective fan bases while providing opportunities for student-athletes to monetize their individual brands.

Icon Source is a digital marketplace that brings agents, athletes and brands together. The Denver-based startup is the only platform that provides brands of all sizes direct communication with agents, eliminating unnecessary intermediate steps to engage with a professional athlete. Its proprietary AI technology pairs athletes and brands based on social audience demographics. 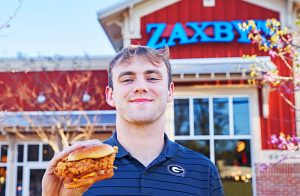